PLANS to construct a rail tunnel between the capitals of Finland and Estonia have taken a step forward with the signing of a memorandum of understanding (MoU) for the construction of the 100km Tallinn tunnel beneath the Gulf of Finland. 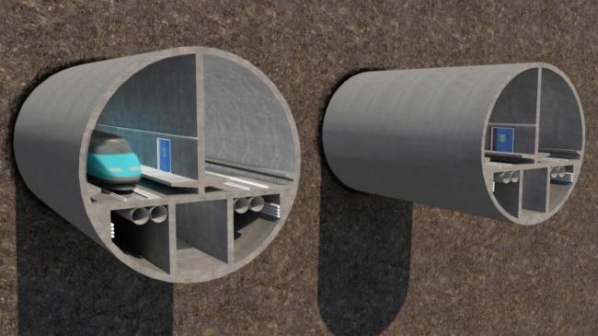 In March, Febay signed an MoU with TCP to secure €15bn in financing for construction of the tunnel.

Febay says the line under the gulf, which is 38m deep on average, could be ready for operation by the end of 2024, while a revised schedule for the line to Espoo in Finland could see it open even earlier.

Febay signed an MoU with TCP in March to secure €15bn in financing for the project, with construction expected to cost €12.5bn.

The undersea standard-gauge tunnel will significantly reduce travel time between the countries from 2 hours by ferry to 40 minutes by train, and is expected to create a unified metropolitan area. A prefeasibility study completed in 2018 found demand for passenger transport between the two cities could increase from 9 million in 2017 to 23 million in 2050, including 12.5 million through the tunnel.

The tunnel would connect Finland to the standard-gauge Rail Baltica project which will link the three Baltic States with Poland and the European standard-gauge network.

Planning, design and the environmental impact assessment is currently being undertaken by a consortium of ÅF Pöyry, AINS and FIRA.

“We are very excited to get these best-in-class tunnel and train skilled design and construction companies to join our project,” says Febay co-founder, Mr Peter Vesterbacka. “

He says the new partner companies are need as there is very limited expertise in tunnel boring and high-speed train technologies in Finland and Estonia.