NATIONAL Express subsidiary Alsa last week announced it has been granted a license by the Spanish Ministry of Public Works and Transport to operate passenger trains on the Spanish main line network. 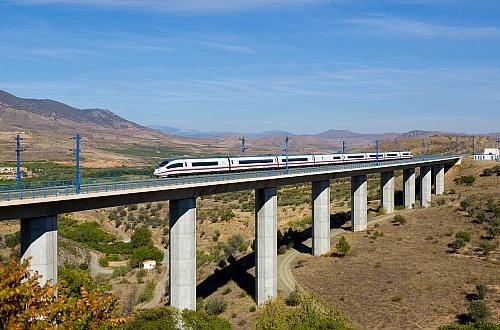 Currently Spain's largest private long-distance bus operator, Alsa has confirmed that this license would allow it to attempt to participate in the partial liberalisation of the long-distance rail market, which is due to start by June.

The government intends to issue a limited number of temporary permits for licensed companies to operate on selected high-speed routes, competing directly with incumbent operator Renfe.

Alsa could also bid for Public Service Obligation (PSO) concession contracts for regional and suburban services, which are currently operated by Renfe as soon as this market opens, although this is not expected to happen before 2015.

A license for Alsa to operate freight trains was granted in 2010, although the company has never operated freight services.

A number of other companies have been granted licenses to carry passengers on the Spanish network. These include: Veloi Rail, a company funded by Spanish entrepreneur and owner of the Planeta publishing group Mr José Manuel Lara; long-distance bus operators Interbus and Avanza; and Continental Rail, a subsidiary of construction company ACS.