DAEGU City announced on December 13 that it had completed the basic design of the new Seodaegu KTX station to be built in western Daegu after it was approved by the Korean Ministry of Land Transportation. 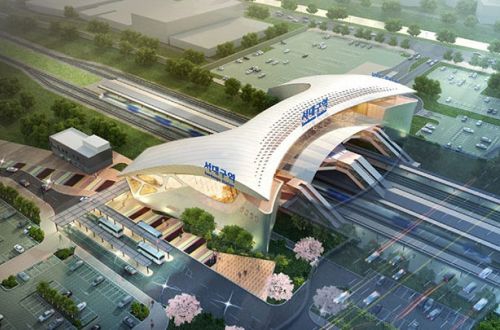 KTX, Suseo SRT and Daegu regional rail services will be accessible from the station which is expected to open in 2020. The design has a “ship-like” theme, and the majority of the station building will be built over the tracks. It is hoped the construction of the station will increase development in the area.

Seodaegu station will be three stories high and the project will cost Won 57.3 bn ($US 49m), with Won 14.2bn won to be funded by the central government and the remainder by the city.

Daegu City is scheduled to sign an agreement with the Korea Rail Network Authority for construction of the station in January, with construction due to get underway later in 2017.

Once construction is complete, it is hoped that the new station will revitalise the industrial parks in the western and southern parts of Daegu, while making travel more convenient for the 1.48 million residents living in the area.

Another major benefit will be reducing overcrowding at Dongdaegu Station, which is the busiest in the country, serving 176 KTX and 80 SRT high-speed trains per day.

“We will actively pursue various plans such as development around station areas and urban regeneration, so that construction of Seodaegu station can bring major development to the south-western area of Daegu,” says Mr Kwon Young-jin, mayor of Daegu.