No room for Eurostar at Amsterdam Central 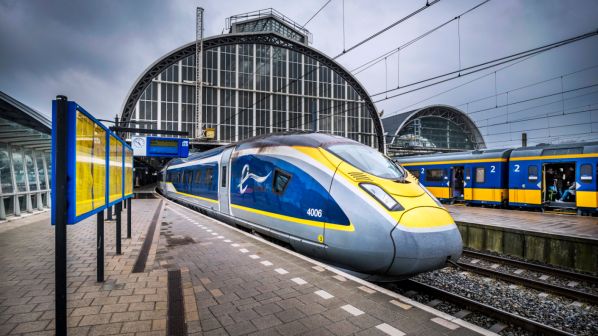 DUTCH environment minister, Ms Vivianne Heijnen, has told MPs that it would be “unacceptable” if Eurostar trains were unable to serve Amsterdam Central during station renovation work due to start in early 2024.

In a letter to the president of the lower house addressing the development of international rail services from the Netherlands, Heijnen said that the current lounge used for security checks and passport control would no longer be available once ProRail starts major works at the station.

“The space is needed for construction work and the situation is very complex,” she says. An alternative location with secure access to the platform is not readily available.

The only alternative facility would be a third platform at Amsterdam South, provided under Prorail’s long-term development plans for this station.

In the meantime, Eurostar services would not be able to depart for London. “I find this unacceptable,” says Heijnen, who noted the importance of Eurostar in encouraging modal shift from shorter-distance flights.

The minster has asked ProRail “to do everything possible together with NS to solve the problems surrounding Eurostar during the renovation of Amsterdam Central.”

ProRail told local media that it hoped to identify a new location for Eurostar departures after the summer, with the “ambition” that the temporary terminal would to be located at Amsterdam Central.

“We think Eurostar is extremely important,” says Prorail. “It is an excellent service that is widely used."