THE Korean Ministry for Land, Infrastructure and Transport (Molit) announced on January 6 that non-stop trains between Seoul and Busan would be making a comeback in June or July this year. 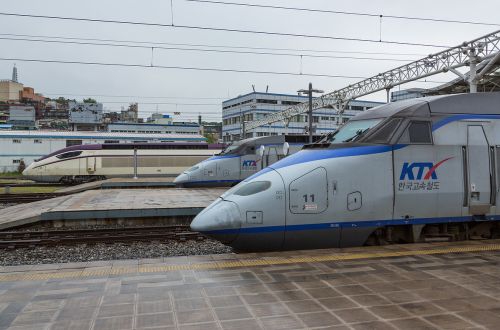 The new services will reduce travel times between the two cities to 1h 50min, more than 25 minutes faster than current KTX services which stop at Daejeon and Daegu. As for ticket prices, the possibility of higher fares for fewer stops is also being considered.

Korail operated direct services between the cities from 2010 to 2015, but they were scrapped after they were deemed unprofitable. However, with the introduction of Super Rapid Train (SRT) services last month the number of high-speed trains increased by 40%. This has allowed more flexibility with timetables, and the number of services stopping at less than three stations has already risen from 11% to 23%.

Molit says it will need to run simulations to assess how many of the non-stop trains it can run per day, but that it would like to operate as many as possible - including SRT services. SRT operator Supreme Railways (SR) currently has the fastest service from Seoul to Busan at 2h 9min.