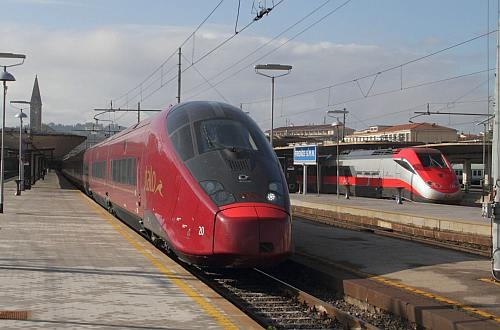 Despite strong traffic growth last year, NTV says it does not expect to reach breakeven until 2016. In its original business plan breakeven was forecast for this year.

NTV has reached agreement with its five unions for each employee to take an extra 1.5 rest days per month for the next 12 months, which translates as a monthly pay cut of €25 per employee. However, the time can be used for training in order not to affect the quality of service to passengers, which NTV says is crucial for the success of the business.

In addition, the number of company directors is being reduced from 14 to nine, and top executives will take an average pay cut of 10%.

On a more positive note, NTV has reached agreement with Hahn Air, Germany, which will give it access to more than 91,000 travel agencies worldwide. This will allow travel agents to offer passengers combined flights and rail travel.