ITALY's open-access high-speed operator NTV has awarded a €460m contract to Alstom for the supply and maintenance for 20 years of a fleet of eight Pendolino tilting high-speed trains. 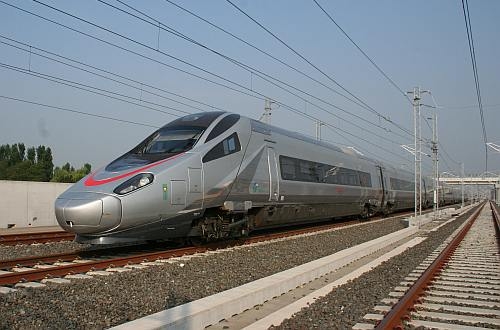 The 250km/h trains will complement NTV's existing fleet of 25 300km/h AGV trains and will enable NTV to expand its route network by serving destinations off Italy's high-speed network as well as increasing train frequency on existing routes. NTV plans to market its Pendolino fleet as Evo.

Each 187m-long train will be formed of seven cars and will accommodate about 500 passengers. The trains will be compatible with the latest European Union Technical Specifications for Interoperability (TSI) standards and Alstom says they have improved crash protection.

The Pendolinos will be built at Alstom's Savigliano plant in northwest Italy and delivery will start in 2017. The trains will be maintained by Alstom alongside NTV's AGV fleet at its depot at Nola near Naples.

This order also marks the rebranding by Alstom of its range of high-speed trains under the name Avelia. This comprises Pendolino, AGV single-deck trains, and Euroduplex double-deck trains.