ONTARIO's minister for transport and infrastructure Mr Glen Murray says the provincial government plans to develop a 185km high-speed service between Toronto, Waterloo, Kitchener and London, with a four-year environmental impact assessment and design studies for the project expected to begin this autumn. 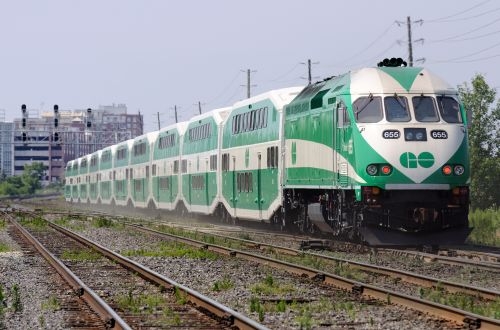 The project has an estimated cost of $C 2-3bn ($US 1.81-2.72bn) and is part of the Ontario government's $C 29bn transit and infrastructure plan, Moving Ontario Forward, details of which were announced by premier Ms Kathleen Wynne last month and outlined further in Ontario's budget issued on May 1. The line is expected to accommodate speeds of 300-400km/h and offer a journey time of 1h 11min. Design and environmental impact studies are expected to take four years, with construction taking a further four years to complete.

A pre-feasibility study for the line was completed for the Ontario government by consultant First Class Partnerships (FCP), and FCP partner Mr Michael Schabas told IRJ that the project has a very strong business case which convinced the government to proceed.

"We found that there is a large and growing transport market along the corridor," Schabas says. "At present there are approximately 20 million trips per year in the corridor and we anticipate this rising to 30 million trips in 10 years. We expect that 20-25% of this will move onto rail."

Schabas says that the high-speed service will share existing infrastructure with passenger and freight traffic to Kitchener from where a new "dead straight" double-track passenger railway will be built to London across open countryside with less than 100 homes expected to be affected by construction.

He says that the existing line will require electrifying as well as upgrades from Toronto to Pearson International Airport and Georgetown, and while it will be mixed traffic, the corridor has sufficient right of way to offer three tracks throughout with some four, five and six track sections envisaged.

"It is anticipated that a half-hourly service will be offered and that the line will require eight to 10 high-speed trains," Schabas says. "Typically it takes 2 hours to drive this route, but sometimes it can take 3-4 hours because of traffic."

He added that if successful, he expects the Toronto - London line to initiate further high-speed rail projects in Canada, with an eastern extension to Ottawa and Montreal, one potential future project.

"The Federal and provincial government commissioned a study from EcoTrain in 2011 which looked at high-speed in Ontario for the entire corridor from Quebec City to Windsor. This was shown not to have a strong business case but they made the mistake of not considering the project in individual sections, which is what we have done and found that there is a very strong case for a Tornonto – London service. They also made no attempt to capture synergies with commuter and regular traffic, which we felt was very important because it allows the project to share part of its costs with regular traffic. This could be particularly beneficial to the business case for a line that serves Montreal, Ottawa and eastern Toronto."

In addition to high-speed, FCP has also been advising the provincial government on upgrades of GO Transit commuter network. which is being funded under the $C 15bn allocated towards transit and transport for the Greater Toronto and Hamilton Area (GTHA) outlined in the 10-year plan.

Among the improvements is electrifying the network and track-doubling to offer improvements in journey times. A new 15 minute all day service will also be introduced across the network utilising a new fleet of 65 four-car double-deck low-level loading EMUs to complement the 45 12-car diesel locomotive-hauled trains which are currently used solely for peak time services and limited services during the day.

"They have built the track so they might as well run more trains and secure additional sources of revenue," Schabas says. "The business case is so strong for this project that the government is attempting to implement it as fast as possible."

Around two-thirds of the funding for Moving Ontario Forward will come from 7.5 cents of petrol tax revenues, and from a harmonised sales tax (HST) on petrol, as well as introducing a new 4% aviation fuel tax, which will provide around $C 1.2bn annually. A further $C 2.5bn will come from the federal government's Building Canada programme, while Wynne says the government is prepared to borrow up to $C 7bn to avoid additional tax increases.

With GTHA cited as having some of the worse traffic congestion in North America, the programme is intended to complement rather than replace GTHA public transport authority Metrolinx's $C 50bn 25-year Big Move transport investment programme for new metro, light rail and airport express projects, and reflects continuing momentum in the region to invest in its public transport infrastructure.