OUIGO, French National Railways’ (SNCF) low-cost high-speed service, announced on September 12 that it will serve 11 stations in the south of France from Gare du Lyon, after SNCF president Mr Guillaume Pepy confirmed on September 7 it will become the third central Paris station to be served by Ouigo. 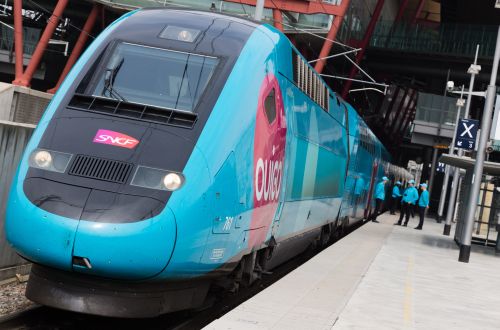 The five cities served from Gare de Lyon will be:

Ouigo also announced it will launch services from Lille Flandres to Lyon and Marseille, serving Haute-Picardie TGV station, Marne-la-Vallée and Roissy Charles de Gaulle in Paris, and Aix-en-Provence. Tickets for the new destinations will go on sale on October 11, along with the services’ winter and spring tickets.

Ouigo, which launched five years ago and is celebrating the milestone with a flash sale of 100,000 tickets priced between €10 and €16 on September 13, is expecting to carry 13 million passengers in 2018, up from 1.5 million in 2013. By 2020, it expects that to increase to 26 million passengers with 34 trains serving 30 destinations, representing 25% of high-speed traffic in France.

"Ouigo continues its tremendous rise for five years while keeping its promise of unbeatable prices,” says Ouigo CEO, Ms Stéphane Rapebach. “The opening of Paris Gare de Lyon is an important milestone in the strategy of winning new high-speed customers for the low-cost SNCF brand.”