FRENCH National Railways’ (SNCF) low-cost high-speed service, Ouigo, launched services from central Paris for the first time with the start of the new timetable on December 10. 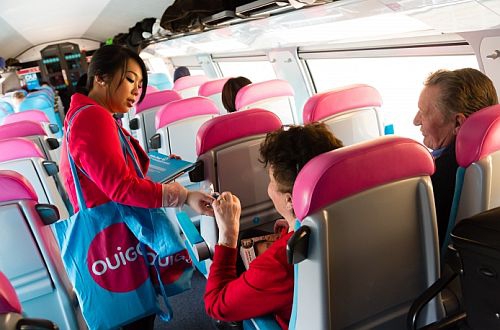 Ouigo is now serving central Paris for the first time.

Ouigo trains are now running from Paris Montparnasse to destinations in western France. Two round trips per day are in operation on both the Paris - Bordeaux and Paris - Le Mans - Nantes routes, with one daily service between Paris and Rennes.

SNCF says that 140,000 people have made reservations on Ouigo services from Montparnasse since bookings opened on October 3, despite Ouigo charging more for boarding its services in central Paris rather than at Massy, Marne-la-Valley or Roissy Charles de Gaulle Airport on the periphery of the French capital. Ouigo fares from Montparnasse start at €16 for adults and €8 for children under 12 years of age compared with €10 for adults and €5 for children from the other stations.