FRENCH National Railways’ (SNCF) low cost subsidiary for Spain, Ouigo Spain, has launched ticket sales for its future service between Madrid and Barcelona although operation will start on May 10, two months later than planned. 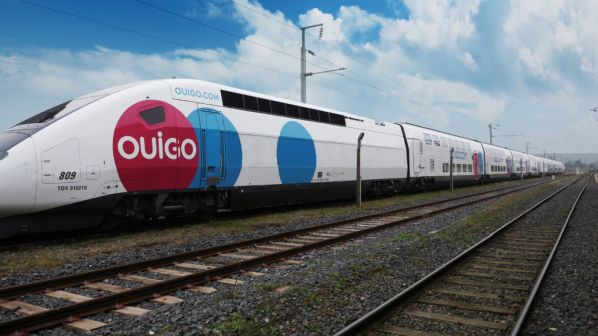 The start date is in line with the end of the Spanish government’s State of Emergency due to the coronavirus pandemic. Ouigo Spain says the date could still be brought forward depending on restrictions on travel in the Madrid, Aragon and Catalonia regions.

The initial service will consist of 10 daily trains between Madrid and Barcelona, with journey times of 2h 30m. Some trains will also serve Zaragoza and Tarragona.

Ouigo Spain will use SNCF Euroduplex double-deck TGVs, which are currently being converted for operation in Spain. As with French Ouigo trains, the Spanish version will have only one class of seating, with tighter spacing than on conventional TGVs, to provide around 610 seats per train. However, unlike the trains used in France, the Spanish Ouigo trains will have a bar car.

Tickets start at €9 for journeys from Madrid to Barcelona from May 10 until December 11 2021. Fares for children start at €5 with children under the age of three travelling free. For an additional €9, passengers can select Ouigo Plus’ optional extras comprising the choice of seat, the possibility of reserving an extra-large seat, an additional carry piece of luggage, and access to the Ouigo Fun entertainment platform. Separate charges for additional luggage are €5, while it is possible to book a flexible ticket changeable up to 30 minutes before departure for €7.

Ouigo services will gradually be extended to other high-speed lines in Spain, comprising Madrid to Valencia and Alicante, and later from Madrid to Seville and Malaga once trains have been equipped with the LZB signalling system used on the Madrid - Seville line.