The low-cost operator launched on May 10 and is planning to expand its reach in 2022. 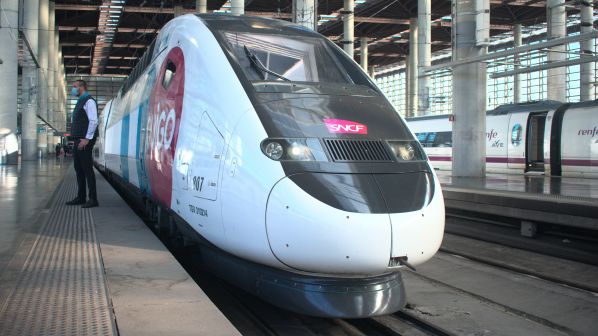 To celebrate, the French National Railways (SNCF) subsidiary gave away a 20-trip voucher to the 1,000,105th passenger, chosen because the service began on May 10, the 10th day of the fifth month.

Ouigo Spain is the first company to compete directly with incumbent Renfe and is operating five daily round-trip trains between Madrid and Barcelona, three of which are direct with two stopping in Zaragoza. During the summer months, the trains also stopped at Camp de Tarragona. The operator is reporting a 95% occupancy rate and tickets start at €9.

The operator uses four Euroduplex trains purchased from SNCF. The trains currently operate in single composition, but with Alstom currently converting 10 Euroduplex sets to operate in Spain, Ouigo is preparing to start running in multiple meaning each train will be able to carry up to 1028 passengers.

Ouigo is also set to expand its service from Madrid to Valencia in spring 2022, offering three trains per day in each direction. It is also expected to introduce two daily trains between Madrid and Alicante in the middle of next year when its trains are permitted to operate on lines equipped with ERTMS Level 2. The operator will also serve the Madrid - Seville/Malaga corridor under the terms of its operating agreement. This will require the trains to be compatible with the LZB signalling system.