Polish Pendolino on test in Germany 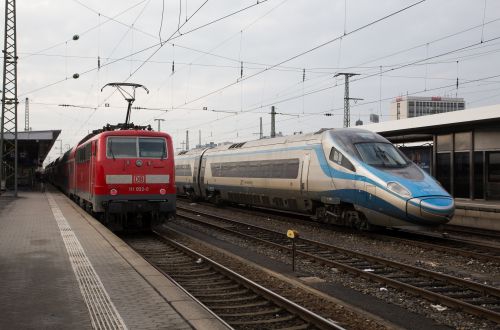 The original purchase contract included a requirement for authorisation of the trains for operation in Germany, Austria and the Czech Republic by 2019. The German tests are the first step towards achieving this.

Testing on the DB Networks high-speed line between Nuremburg and Ingolstadt has been underway since late January. Tests are being carried out by DB Systemtechnik on behalf of Alstom and are expected to continue until June.

Alstom has confirmed to IRJ that similar tests in the Czech Republic and Austria will take place later this year, although exact timing will depend on when PKP IC is able to release a train.

PKP IC has operated the ED250 fleet as Express InterCity Premium (EIP) trains on services between the north and south of Poland via Warsaw connecting Gdansk and Gdynia with Krakow, Katowice, Bielsko-Biala, Wroclaw and Rzeszow since December 2014.
In spring 2016, EIP services were extended to include other destinations including Jelenia Góra and Kolobrzeg on the Baltic coast.

A PKP IC spokesman told IRJ that the future use of the Pendolino fleet on international routes to Germany, Czech Republic and Austria will depend on the ongoing approval process and while PKP IC is considering using Pendolinos for such services “it’s too early to say on which routes they will operate or exactly when they might be introduced.”