POLAND's Railway Transport Office (UTK) announced on September 11 that the ED250 Pendolino EMUs being supplied by Alstom to PKP Intercity have been certified for operation at up to 250km/h in accordance with the relevant Technical Specifications for Interoperability (TSIs). 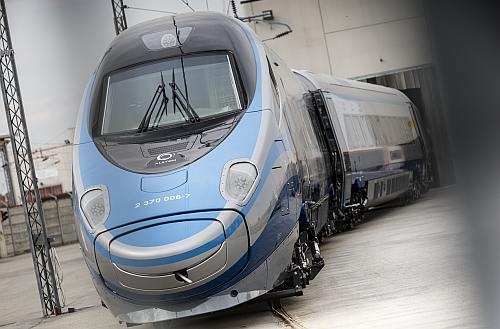 The trains have also been certified for operation with ETCS Level 1, although Alstom says further certification will be required before the trains can operate under ETCS Level 2.

PKP Intercity says that under its original timetable for the introduction of the trains the first sets were due to be handed over by the manufacturer with full documentation by May 6, which would have given the operator seven months to prepare for the start of passenger operation on December 14. However, it now has less than 100 days to complete this process.

So far Alstom has delivered 14 of the 20 trains, which are being assembled at its Savigliano plant in northern Italy. PKP says it has developed a deployment plan which will allow it to begin operation with 18 sets.

The non-tilting trains will operate EIC Premium services on the Warsaw – Gdansk, Warsaw – Wroclaw and Warsaw – Krakow/Katowice routes. These lines are being modernised to allow the new trains to operate at higher speeds.

With the completion of the upgrading of Central Main Line (CMK) between Warsaw and Zawiercie in Silesia next year, which includes the installation of ERTMS Level 2, it is likely the trains will be able to operate at up to 230km/h on this route.

PKP Intercity ordered the seven-car trains in May 2011 at a cost of €400m, and the trains will be maintained by the manufacturer under a 17-year deal worth a further €265m, which includes the construction of a dedicated maintenance depot at Olszynka Grochowska in Warsaw.

The first train set a Polish speed record of 293km/h during trials on the CMK.