Signalling compatibility issues with class 100 fleet leads to the change of plan. 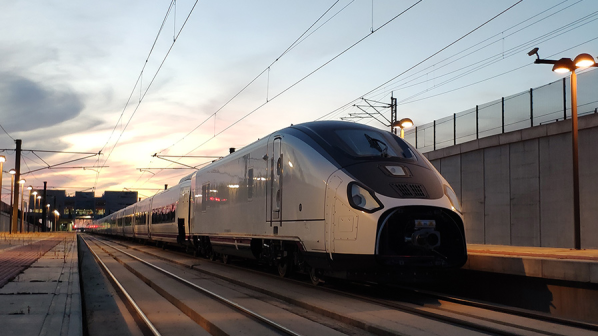 SPANISH operator Renfe has confirmed that it will delay entry into the French high-speed market until 2024 and has dropped plans to run a Marseille - Lyon service from the end of this year.

Renfe says it wishes to concentrate efforts on reaching Paris, having put back the date to start these services from 2023. The decision follows difficulties in obtaining authorisation for its existing class 100 trains to operate from Lyon to Paris.

In principal, the TVM 430 system is compatible with TVM 300 but in the case of the Spanish trains, there is a problem with electro-magnetic interference. Renfe has sought a solution to this problem but has now decided not to proceed. SNCF is currently working to replace TVM 300 on the Paris - Lyon line with ETCS but work will not be completed until 2028.

Renfe has therefore shifted focus to securing approval to operate its new Talgo class 106 trains in France, delivery of which starts this year. The new sets will be equipped with ETCS, TVM 430 and the French KVB conventional signalling system. However, Renfe now faces a separate problem - obtaining and approving on-train bi-standard ERTMS/KVB cab signalling for its new trains.

Alstom is the monopoly provider of this equipment and has been criticised in the past by Stadler for pricing and delivery time. Stadler even went so far as to produce its own Guardia ERTMS cab signalling in order to avoid such problems.