THE board of directors of Spanish national train operator Renfe held an extraordinary meeting on May 26 to modify the terms of its call for bids on a contract for the procurement of up to 30 high-speed trains, as a consequence of an appeal against the process won by Bombardier. 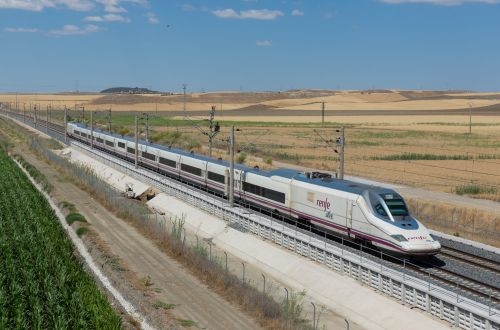 The administrative court ruled against Renfe on May 20 and ordered the public company to restart the controversial process, but this time suppressing the clause that required bidders to manufacture most of the components for the trains in Spain.

Bombardier had argued that the bid specifications did not comply with the principles of non-discrimination, proportionality, and free competition enshrined in European law.

The six companies shortlisted in late January would now be able to submit new bids when Renfe publishes a new call. Bombardier and Hitachi did not send their proposals under the prior bid specifications (the deadline expired on May 17), while the offers submitted by Talgo, Siemens, Alstom and CAF will now be returned without the envelopes being opened.

Renfe seeks the procurement of 15 to 30 high-speed trains with a top speed of 320km/h and 30 years' maintenance with an option for a 10-year extension. The framework contract has a maximum value of €2.6bn.