SPAIN’s national operator Renfe will introduce an improved high-speed service along the Mediterranean coast from Alicante via Valencia and Barcelona to the French border on January 13. 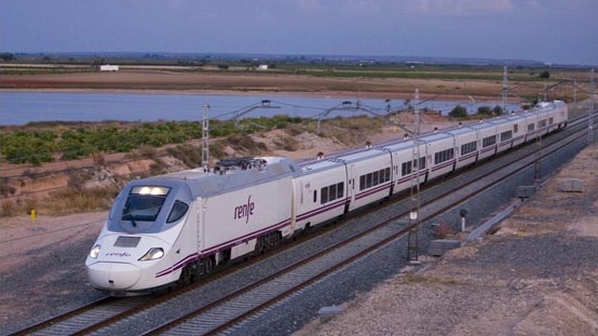 Journey times are being reduced by between 33 and 40 minutes as gauge-changeable series S130 trains will be routed over the new Vandellós high-speed section to join the Madrid - Barcelona - Figueras high-speed line at Camp de Tarragona. Talgo trains will continue to run on the broad-gauge line through Tarragona.

Six Valencia - Barcelona Euromed trains will be extended to Girona and Figueras, four of which will run through from Alicante.

Euromed trains will include a quiet tourist-class coach, which until now is only provided on AVE trains. Each train has 236 seats in tourist class and 63 in preference class, one of which is adapted for people with reduced mobility. Series S130 trains have a maximum speed of 250km/h.