PROPOSALS for major alterations to the route of the second phase of the high-speed network linking London with central and northern England were unveiled on July 7 by the chairman of HS2 Ltd Sir David Higgins. 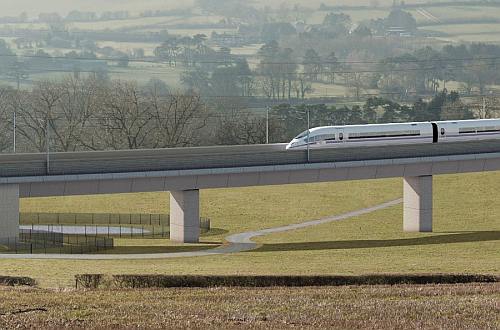 The HS2 Sheffield and South Yorkshire Options report examines four options for the routing of HS2 and stations locations in the Sheffield area. These include:

Higgins recommends adopting the fourth option, which would involve constructing a link from the high-speed line to the Erewash Valley Line south of Chesterfield, with trains continuing via the existing conventional line into Sheffield. This would enable construction of the high-speed line to Leeds on a more easterly alignment, which would pass through a less densely-populated area than the Meadowhall alignment, which poses a number of technical challenges.

The report also seeks to align HS2 with the joint Northern Transport Strategy published by the government and Transport for the North (TfN) in March 2015, which seeks to improve links between major cities east and west of the Pennines.

The base case Meadowhall option offers a 68-minute journey time from London to Meadowhall and 78 minutes to Sheffield Midland, with an 81-minute London - Leeds journey time (excluding a stop at Meadowhall). The Sheffield Midland (classic) option offers a longer London - Sheffield Midland journey time of 83 minutes, including a stop at Chesterfield, but cuts the London - Leeds journey time to 80 minutes (with no intermediate stop in South Yorkshire for through services) and provides better connections with the conventional network. Furthermore, this option would reduce the cost of Phase 2 by up to £1bn compared with the Meadowhall route, although this excludes the cost of constructing a northern connection from the conventional network to HS2 between Sheffield and Leeds.

The report suggests building a northern connection from Sheffield to HS2 would support TfN's aim to provide a 30-minute journey time between Leeds and Sheffield, and would also allow Birmingham - Leeds high-speed services to be routed through Sheffield city centre.

HS2 Ltd says it will investigate the possibility of building a park-and-ride station on the M18 alignment, which would compensate for the loss of the facility at Meadowhall.