FRENCH transport minister Mr Alain Vidalies has approved the preliminary route and station locations for the 150km Montpellier - Perpignan high-speed line, paving the way for a public inquiry into the project, which is expected to begin at the end of this year. 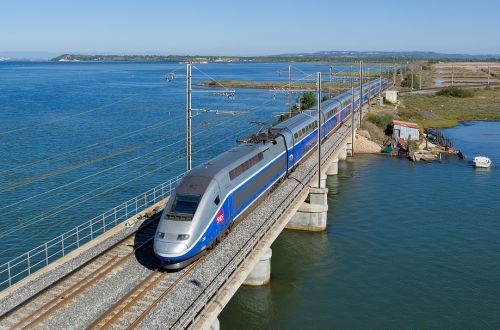 The approval covers a 100-120m wide corridor defined by infrastructure manager SNCF Network as the optimal route for the line, which is forecast to cost €5.52bn at 2014 prices. The final alignment will be decided at a later stage.

Two stations are planned, one serving the Narbonne area with the other located near the A75 highway northeast of Béziers. Connections to the conventional network are planned at Villeneuve-lès-Béziers and Rivesaltes near Perpignan.

The Montpellier - Béziers and Rivesaltes - Toulouges (Perpignan) sections will be designed for mixed traffic operation.

Last year the European Commission agreed to contribute €11.7m from the Connecting Europe Facility towards the €23.3m budget for studies into the new line over the next four years. However, no timetable has been given for the implementation of the project.