JAPAN’s coalition government agreed on December 20 to adopt a route via Obama for the extension of the Hokuriku Shinkansen from Tsuruga to Kyoto. 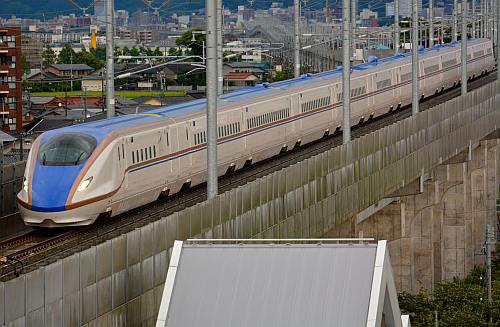 The coalition of the Liberal Democrat Party and Komeito is also expected to select a preferred route by March for the remainder of the line from Kyoto to Shin-Osaka.

No date has been set for the start of construction, although work is unlikely to begin before 2030 and will take at least 15 years to complete.

The Ministry of Land, Infrastructure, Transport and Tourism estimates the project will cost more than Yen 2 trillion ($US 17.2bn).

The initial 228km section of the Hokuriku Shinkansen from Nagano to Kanazawa opened in March 2015 and the 120.7km Kanazawa - Tsuruga extension is due to be completed in 2022.

In 1973 the Japanese government approved a plan to build five Shinkansen lines across the country and the Tsuruga - Shin-Osaka line is the only section of this network where construction has not yet begun.