ESTONIA’s Ministry of Public Administration approved the spatial plan for the Rail Baltica high-speed line in Estonia on February 14 thereby completing the final route and preliminary design of the entire railway in the three Baltic states. 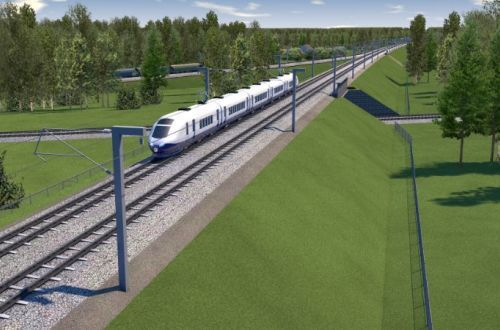 Rail Baltica will connect Estonia, Latvia and Lithuanian with Poland.

The spatial planning for the new line in Latvia was approved by the Latvian government in August 2016 followed by the Lithuanian government’s approval in January 2017 for its section from Kaunas to the Latvian border. The only exception is the section from Kaunas to the Polish border, which is subject to the results of an upgrade feasibility study.

During the planning process for the Rail Baltica section in Estonia, 86 public discussions were held involving 4214 participants and interested parties.

The Rail Baltica project involves building an 870km electrified standard-gauge railway linking the three Baltic capitals of Tallinn, Estonia, Riga, Latvia, and Vilnius, Lithuanian with a connection to the European standard-gauge network in Poland. The railway will be designed for operation by 240km/h passenger trains and 120km/h freight trains and will form part of the European Union’s North Sea Baltic TEN-T corridor.