A joint venture of RZD and STM have signed an agreement with Siemens to begin the development of a new high-speed train. 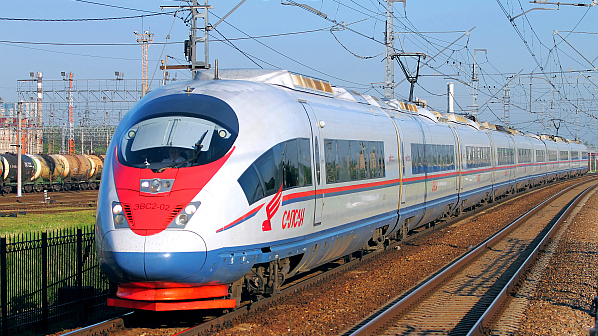 THE Engineering Centre for Railway Transport, a joint venture between Russian Railways (RZD) and Sinara Transport Machines (STM), has signed a cooperation agreement with Siemens Mobility for the development and production of a new high-speed train for Russia.

The partners plan to conduct technical consultations with the aim of developing basic concepts for the preliminary design of the new 1520mm-gauge train. Results from this will be used at the next stage of the design process when it is planned to conclude other agreements.

RZD says it will consider RZD’s general requirements as well as international standards  when developing the various concepts for the train.

“We highly appreciate Siemens’ engineering experience in rolling stock development and consider the signing of the agreement an important step towards the creation of a Russian high-speed electric train,” says Mr Vladimir Andreev, RZD head of technical policy department.

“Our customer is focused on improving high-speed transport in Russia by improving passenger comfort and reducing costs throughout the entire life cycle of the train fleet,” says Mr Albrecht Neumann, Siemens Mobility CEO, rolling stock. “Our role is to support the development of a train with uniquely optimised energy consumption and maintenance costs, as well as with maximum reliability.”