RZD denies claims that high-speed programme is off

RUSSIAN Railways (RZD) has strongly denied claims in the Russian press that its high-speed railway construction programme has been cancelled. 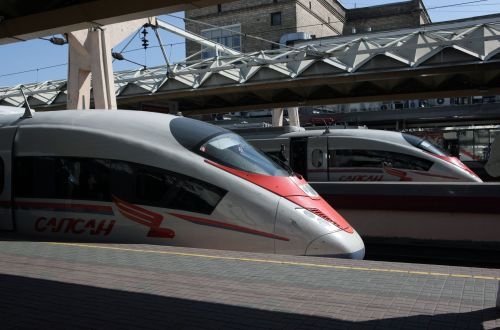 Referring to the article "RZD losing the 2018 World Cup" which appeared in Russia's Vedomosti newspaper on August 23, and has since been widely cited and distributed, RZD said in statement issued on August 29 that "the article used unofficial sources resulting in the author making conclusions on the high-speed projects cancellation."

In an effort to clarify the situation, RZD says that the Russian government is currently considering the final offer for construction of the high-speed programme submitted by RZD in the second quarter of 2012, and that no decision has yet been made.

The foundations for the high-speed development plan were laid in the Russian Federation Railroad Transport Development Strategy 2030 which outlines plans to develop 6500km of high-speed rail infrastructure by 2030. This was followed by a feasibility study of a proposed link between Moscow and St Petersburg, and the inclusion of high-speed infrastructure in The Railway Infrastructure Development for the 2018 World Football Cup Traffic Service Concept document submitted by RZD to the Russian Federation Ministry of Transport in the first half of 2011.

RZD says that launching the high-speed construction programme requires the passage of a series of government bills and decrees along with amendments to Russian law. Budget allocations for the project will be made through a special bill: The Decree on Construction Auction Budget. But with no such document currently in place, no funds can yet be allocated from the government's budget, a point that was missed in the article.

As IRJ reported in July, the government's failure so far to back the plan led to the postponement of the proposed tender for the 658km Moscow - St Petersburg line which was due to be issued on September 1. RZD confirmed in October 2011 that four international consortia were in the running for the tender to build the estimated Roubles 696m ($US 21.6bn) line, and RZD president Mr Vladimir Yakunin told IRJ in June that he was hopeful that a decision might be forthcoming before the end of the year.

But with the government yet to make any decisions, positive or negative, the official line from RZD is that "it's too early to make any statements, or even make them part of the public domain without any government decision."