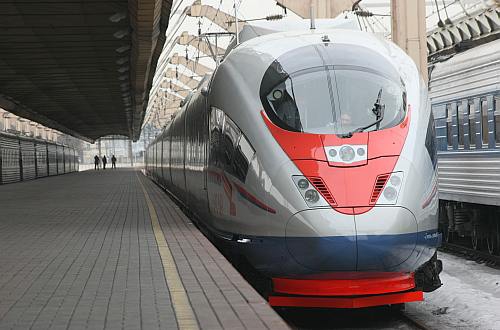 Sapsan now accounts for more than half of the passenger traffic on the St Petersburg - Moscow line, with the high-speed trains which are running at almost 100% capacity.

Double Sapsan trains are being used in order to increase capacity without adding additional trains, and 13 pairs of Sapsan trains (including three pairs of double trains) run daily on the St Petersburg - Moscow route while 15 pairs run at weekends.

Increased patronage is largely due to the greater availability of seats and frequency of trains.

Sapsan has transported 22.7 million passengers since it began operations in 2009.