The line would reduce the journey time between the capital and the eastern region to 1h 15min. 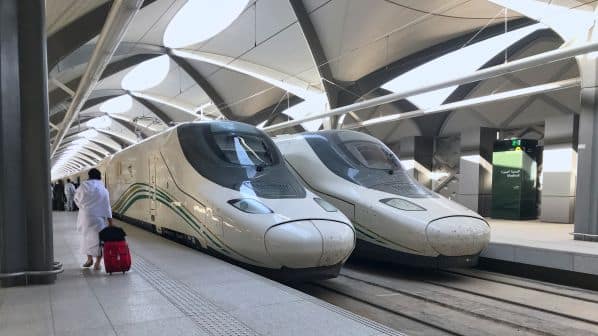 SAUDI transport authorities have begun studying possible plans for a line connecting the capital Riyadh with the eastern provinces, similar to the Mecca - Medina Haramain high-speed railway in the west which opened in September 2018.

The Saudi Gazette reports that the new line would reduce the journey time between the capital and the region to 1h 15min.

Saudi Railway Company (SAR) currently operates a 449km conventional route between Riyadh and the Eastern Province capital of Dammam. The Saudi Railways Organisation (SRO), which was merged with SAR in March 2019, awarded a consortium led by Spanish operator Renfe and infrastructure manager Adif a $US 1.6m contract in 2014 to study options for a high-speed line linking Riyadh and Dammam.

Deputy minister of transport, Mr Rumaih Al-Rumaih, also announced that women would begin driving high-speed trains on the Haramain high-speed railway from January 2023. More than 28,000 women applied for the 31 posts as trainee drivers in Saudi Arabia when the role was first opened to women in February. Spanish operator Renfe is providing the training in Saudi Arabia, with in-cab training now underway.

For detailed data on high-speed rail projects in the Middle East and around the world, subscribe to IRJ Pro.