Construction on 555km route with 16 stations will begin later this year. 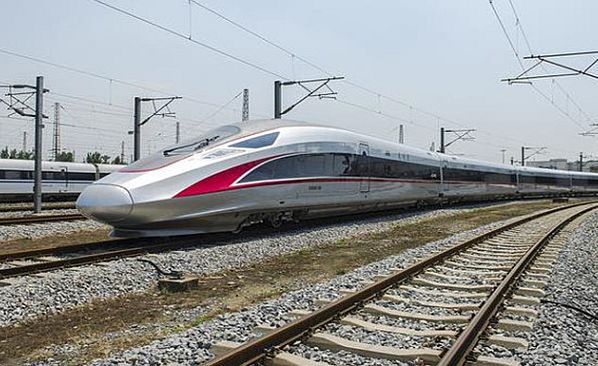 PRELIMINARY designs for a 555km high-speed line from Shanghai to Nanjing and Hefei have been approved by provincial authorities in China, enabling construction to begin later this year.

Expected to cost Yuan 180bn ($US 25.8bn), the new route linking Shanghai with cities in the provinces of Jiangsu and Anhui will have 16 stations and is designed for a maximum speed of 350km/h.

The Shanghai - Nanjing - Hefei high-speed line was first proposed by China’s State Council or cabinet in 2013 to improve the transport links in the Yangtze River Economic Belt.

Following the formulation of an integrated development plan for the Yangtze River Delta by provincial authorities, the high-speed line project started to gain momentum in 2018.

Work undertaken over the past four years has included surveying the route and some tendering.

Preliminary designs have now been approved, but there is currently no timescale for completion of the 555km route.

According to the National Bureau of Statistics, the total GDP of the three regions in eastern China served by the new line was Yuan 20 trillion in 2021, representing 17.7% of national GDP.

The high-speed project aims to enable closer economic integration between the 41 cities of the Yangtze River Delta, which contains 16.7% of China’s total population on 3.7% of its land area.

The delta generates 24% of China’s economic output, accounting for 25% of the country’s industrial output and 36.8% of its foreign trade volume, according to official statistics for 2021.

The economic downturn produced by the Covid-19 pandemic may also have helped to generate support for this major infrastructure project, with the Chinese economy growing by only 2.5% in the first half of 2022 and unemployment standing at 18.2%.

“China’s infrastructure investment was not growing from 2018 to 2021, but it has already managed to grow 10% in the first half of this year, and I believe it will grow even faster in the second half,” Mr Larry Hu, chief China economist at Macquarie Capital, told the South China Morning Post.

For details on rail projects in China and around the world, subscribe to IRJ Pro.