€8.1bn turnkey contract is the largest ever won by Siemens. 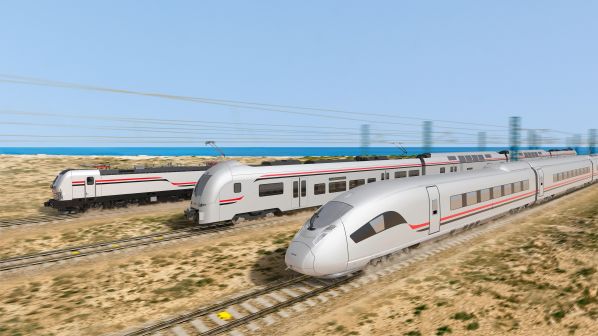 EGYPT’s National Authority for Tunnels (NAT) has signed a contract with Siemens Mobility, Orascom Construction and The Arab Contractors to build 2000km of high-speed lines and create what Siemens says would be the six-largest high-speed rail system in the world.

The Siemens Mobility share of the contract is €8.1bn, including an €2.7bn initial contract for the first 660km route from Ain Sokhna to Marsa Matrouh and Alexandria signed on September 1 2021.

According to Dr Roland Busch, president and CEO of Siemens, “it is the biggest order in the history of Siemens.”

The 15-year turnkey contract also includes the design, construction and maintenance of a 1100km route between Cairo and Abu Simbel near the Sudan border, and a third route running for 225km to connect the archaeological site of Luxor with Hurghada on the Red Sea.

In total, the three-line network will connect 60 cities with trains operating at up to 230km/h, and some 90% of the population of Egypt will have access to the new rail system. It will be fully electrified and could cut transport emissions by as much as 70%, according to Siemens.

On all three lines, Siemens Mobility will also install signalling based on ETCS Level 2, the traction power supply system and its digital Railigent system for asset and maintenance management.

Construction of the new network will directly create up to 40,000 local jobs, with an additional 6700 jobs at Egyptian suppliers and indirectly through the wider Egyptian economy.

“This landmark transport project is truly historic for both Egypt and Siemens and we are honoured to partner with the Ministry of Transport to reimagine the future of transport in Egypt,” says Siemens Mobility CEO, Mr Michael Peter.

“The extensive 2000km high-speed rail network will connect 60 cities and enable around 500 million journeys a year. It will link the country like never before, fight pollution and global warming, while also providing an effective and reliable method for the movement of goods.”