FRENCH National Railways (SNCF) announced on April 25 that it is bidding jointly with Virgin and Stagecoach for Britain’s West Coast Partnership (WCP) franchise, which encompasses inter-city services on the West Coast Main Line and the initial phase of operations on High-Speed 2 (HS2). 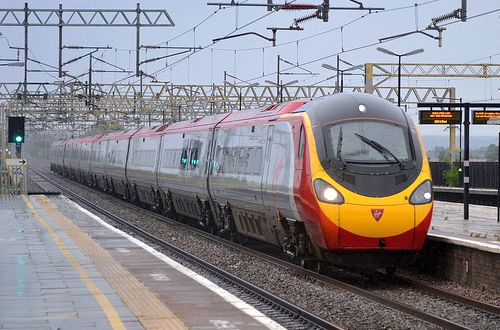 Stagecoach has a 50% stake in the bid, with SNCF and Virgin holding 30% and 20% respectively.

The deadline for submission of expressions of interest for the franchise was April 24. An invitation to tender will be issued in November with responses due by March or April 2018. The Department for Transport (DfT) will announce a winning bidder in November 2018 and the new franchise will begin in April 2019.

“I’m delighted that SNCF has come on board, and together we will put forward what we hope is the winning bid for the next West Coast, and first HS2, franchise,” says Mr Patrick McCall, co-chairman of Virgin Trains. “We’ve just celebrated 20 years of Virgin Trains and this news puts us in the best possible position to make it 30.”

As shadow operator for HS2, the winning bidder will be responsible for developing services on HS2 and will assist the project developer HS2 Ltd in preparations for the start of operations. It will also plan the reconfiguration of inter-city services on the WCML.

The first phase of HS2 from London Euston to Birmingham Curzon Street and a junction with the WCML near Lichfield will open in 2026. Phase 2a will extend the line north to Crewe in 2027.

In January Trenitalia and FirstGroup confirmed they would be bidding jointly for the WCP.