FRENCH National Railways (SNCF) announced on September 22 that its Spanish subsidiary Rielsfera will launch high-speed services in Spain next year under its low-cost Ouigo brand. 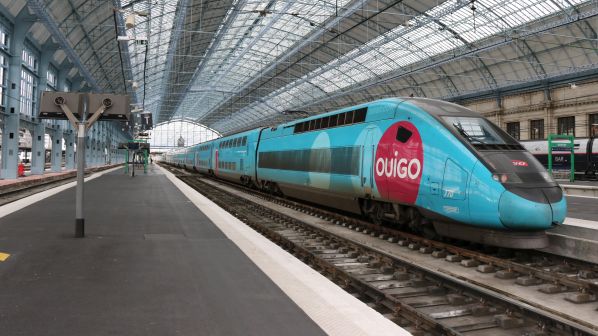 The announcement was made by Mr Alain Krakovitch, director general of Voyages SNCF, and Ms Hélène Valenzuela, president of Ouigo, Spain.

The first Ouigo service will be introduced between Madrid and Barcelona, with stops at Zaragoza and Tarragona on March 15 2021 using existing SNCF Euroduplex double-deck TGVs which are currently being converted for operation in Spain. As with French Ouigo trains, the Spanish version will have only one class of seating, with tighter spacing than on conventional TGVs, to provide around 610 seats per train. However, unlike the trains used in France, the Spanish Ouigo trains will have a bar car.

Krakovitch says that the new service will offer up to 30,000 seats a day. Reservations, by internet only, will open on September 24, with the first 10,000 passengers being offered tickets for just €1 each.

Ouigo services will gradually be extended to other high-speed lines in Spain, comprising Madrid to Valencia and Alicante, and later from Madrid to Seville and Malaga once trains have been equipped with the LZB signalling system used on the Madrid - Seville line.