SPAIN's transport minister Mrs Ana Pastor this week confirmed the government's intention to partially open the high-speed rail market to competition in the first half of 2014, as outlined in a liberalisation decree issued last February. 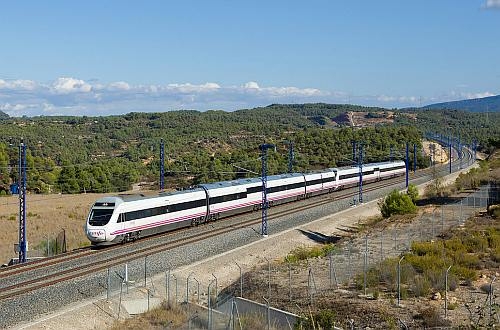 The new regime, whose regulations are still to be issued, will allow a limited number of operators to compete against state-owned train operator Renfe and on selected high-speed routes. New entrants will have to bid for a temporary permit from the government, while Renfe will be allowed to continue to operate its current services without a permit or time limit on every line.

Pastor has declined to specify the number of permits to be issued, and stated that the final number will be determined by the capacity left in the market by the incumbent operator.

According to press reports, publishing group Planeta and construction company Ferrovial have already expressed an interest in competing on key routes such as Madrid – Barcelona.

New operators could acquire their own rolling stock or lease trains from Renfe's new rolling stock leasing company. Established this year by the Spanish government, the subsidiary has a fleet of seven class 100 sets, which were built in the early 1990s for the Madrid – Seville line, and 12 dual-gauge class 120 high-speed trains, which were entered service from 2004 onwards.