A report from Spain’s Independent Fiscal Responsibility Authority (AIReF) has found the country has overinvested in its high-speed network while simultaneously under investing in urban rail networks despite a strong increase in demand for the latter. 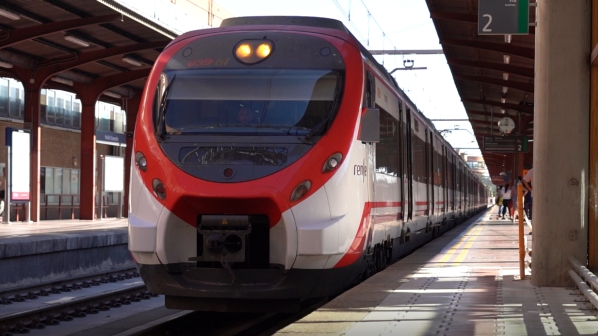 At 3086km, Spain has the second-most extensive high-speed rail network in the world behind China. However, the AIReF Transport Infrastructures report found that the network is the least used out of the world’s large high-speed networks, carrying 30 million passengers in 2018 (4.8% of all railway passengers in Spain).

More than €55.89bn has been spent on developing high-speed lines in Spain over the past 35 years, of which €14.09bn (25.2%) is from European Union funding. Another €15.86bn was funded by debt held by infrastructure manager Adif AV, deficit and debt levels of which do not form part of the national account calculations.

Conversely, total investment in suburban rail between 1990 and 2018 was €3.6b. Suburban rail is by far the most used rail mode in Spain, transporting 562.2 million passengers in 2018, or 90% of all railway users. The service is divided into 12 highly varied sub-networks in terms of length, the number of lines and users. Madrid and Barcelona account for 86% of passengers with 34% of the total network.

In order to achieve efficiency and deliver infrastructure capable of meeting the mobility needs of the public and the economy, AIReF has proposed shifting the focus of rail investment.

The development of the high-speed network cost around €14.7m per km, or €15.3m per km when including the cost of stations, in line with the European and international average. The operation of the network is profitable, although significant differences exist between the four corridors, but this does not cover the investment made in constructing the lines. Operation of the North Corridor is currently returning a deficit, but AIReF says both national operator Renfe and infrastructure manager Adif report positive results that have constantly improved year-on-year due to an increasing number of passengers.

The report found high-speed rail has brought significant journey time improvements and widespread transport cost savings in all of Spain’s mainland provinces. However, it also contributed to an increase in provincial disparity, with no observable increase in social cohesion. An assessment was conducted on the four high-speed rail corridors using the cost-profit analysis method, which found socio-economic yields between zero and minimal in all corridors. The social benefits do not offset the fixed construction costs and did not offer security in scenarios subject to uncertainty where the opportunity cost of public funds is high.

Furthermore, a sensitivity analysis was conducted to address the uncertainty surrounding future trends and possible variables on which the socio-economic profitability of the lines depend. “The foreseeable increase in demand as a result of railway market deregulation, or a hypothetical and unlikely ban on mainland flights, would improve the results, but only slightly,” AIReF says.

Completing new planned high-speed lines requires further significant investments. Spain’s current infrastructure plan envisages an 8740km network, meaning another 5654km is yet to be built. This would require a minimum investment of €73bn.

In this context, AIReF has proposed an assessment of all pending high-speed rail projects based on the costs already incurred and the expected demand based on real travel data from existing lines. It will also consider alternative investments that could resolve mobility problems.

In addition, AIReF proposes establishing a legislative and regulatory framework to increase use of the existing high-speed network. It says this is needed to increase the social profitability of the existing lines, as well as prioritising the planned projects.

The number of suburban rail journeys has practically doubled since 1990, in spite of relative low investment. The 2008 economic crisis reduced demand, which did not begin to recover until 2014. This was driven by the increase in passengers in Madrid and Barcelona, as most of the other sub-urban networks continued to lose passengers between 2013 and 2018.

AIReF says a quirk of the suburban rail governance system in Spain is its lack of full integration with local public transport consortia or authorities, which lack the necessary control over service frequency and timetables, ticket prices and investment in infrastructure.

“This is an atypical situation when compared with other modes of transport, which have ceded their powers to the consortia in order to achieve coordinated and more efficient management,” AIReF says.

“In this context, AIReF proposes effectively handing over the management and planning of the suburban rail service and its infrastructure to the public transport consortia or authorities; redefining the metropolitan transport financing model according to the recommendations of the spending review assessment; and strengthening the suburban rail service according to the new project assessment and prioritisation framework,” the authority says.

It also proposes reviewing the distribution of powers over metropolitan transport.