RAIL will remain Spain's transport priority according to the draft budget for 2016 which allocates more than half of spending to rail projects with a special focus on completing the extensive high-speed network. 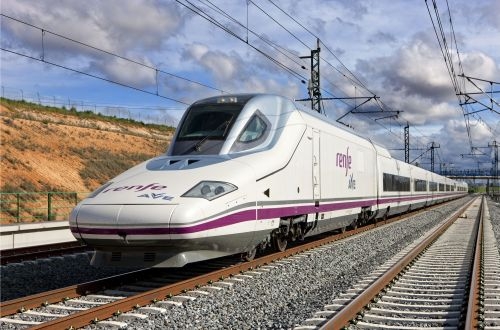 According to the 2016 budget prepared by the Ministry of Public Works and Transport, 54% or €5.46bn of the €10.13bn transport budget will be allocated to rail. High-speed rail will receive €3.68bn, which is 67%t of the rail budget.

The Madrid – Galicia line, which will be extended from Olmedo to Zamora by the end of this year, will receive just over €1bn. Work to connect it with the already-opened Ourense - Santiago and A Coruña - Vigo lines continue. The Spanish government wants to open the whole corridor in 2018.

In addition, the 2016 budget will allocate funds to other major high-speed corridors including €466m for Madrid – Asturias, €551m for Madrid - Basque Country, €260m for Bobadilla – Granada, and €111m for Murcia - Almería line, while the Madrid - Badajos high-speed corridor will see an investment of €209m. A further €805m will be used for continuing works to extend standard-gauge track along the Mediterranean corridor from Barcelona to Valencia and Murcia.

The 2016 draft budget also foresees a €455m investment in rail safety, such as the deployment of ERTMS on new high-speed lines, and €275m to acquire new trains.
For the conventional broad-gauge network, €420m will be invested in the mainline network, and €287m suburban rail of which €205m is for Barcelona.

The government plans to increase rail investment by 5% in the following fiscal year.