SPAIN’s prime minister Mr Mariano Rajoy officially inaugurated a 72km extension to the country’s high-speed network from Valencia to Castellón on the Mediterranean Corridor on January 22 ahead of the start of commercial services on January 23. 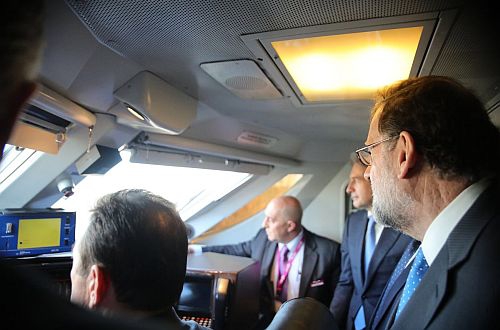 Infrastructure manager Adif has invested €178m in the first phase of the project which will see a total investment of €355m. The work involved installation of 160km of new track, the replacement of more 160,000 sleepers and the installation of 72 switches and crossings, as well as modification to electrification and signalling equipment to upgrade the existing 1668mm-gauge line to dual-gauge to allow standard-gauge high-speed trains to reach Castellón. The work has been co-financed by the European Union’s Connect Europe fund.

Completion of the first phase will allow Renfe to reduce the Madrid - Castellón journey time by 37 minutes to 2h 32min. Renfe will operate two daily AVE trains and a daily Intercity service between Madrid and Castellón in addition to the daily Alvia dual-gauge service from Castellón to Madrid and Gijon.

For the first two weeks, Renfe is offering a promotional fare of €25 each way between Madrid and Castellón.