INTERNATIONAL high-speed operator Thalys enjoyed continued revenue growth in the first half of this year with increasing ridership on its core routes from Paris to Brussels, Amsterdam and Cologne and the successful launch of Amsterdam – Lille services in April. 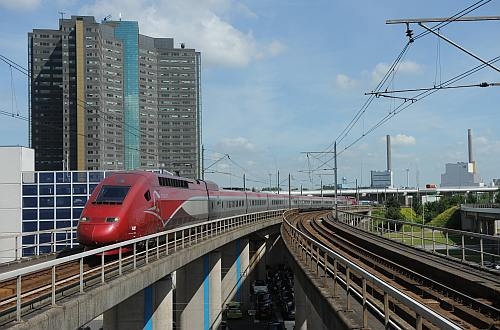 Ridership between the Netherlands and Paris increased by 2.7% but there was 16.7% growth in the number of passengers travelling from Dutch stations to Brussels. This is partly symptomatic of the withdrawal of Fyra services early last year, which left Thalys as the sole high-speed operator on the Amsterdam – Brussels route.

Thalys responded to the collapse of Fyra by stepping up its Amsterdam – Brussels services to 12 trains per day, and this will increase to 14 trains per day later this year.

Thalys has introduced a direct Amsterdam – Lille high speed service in April, which has already attracted more than 15,000 passengers.