A viable market exists for low-fares high-speed train services between Britain and France, according to a study commissioned by Channel Tunnel operator Getlink. 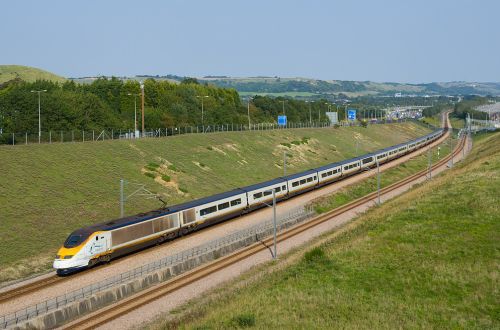 Getlink commissioned the study as part of a drive to improve utilisation of the Channel Tunnel, which is currently operating at 58% of its design capacity.

“Our belief is that there’s a viable market in addition to the current premium high-speed offer,” a Getlink spokesperson told IRJ. “The main conclusion is that an operator would need to look at stations located outside central London and Paris, such as Stratford, Ebbsfleet and Marne-la-Vallée.”

While journey times would be longer than those currently offered by Eurostar, fares could be 25% lower, opening up new markets to rail.

Getlink says the study looked at trends in the long-distance bus and aviation markets, where low-fares operators have already captured a significant chunk of the market, as well as the Ouigo low-fares services operated by SNCF and Thalys' Izy services.