THE New South Wales (NSW) government has launched a study into the feasibility of a high-speed rail network in the state, and appointed Professor Andrew McNaughton to lead an expert panel to identify the most appropriate routes, speeds and station locations. 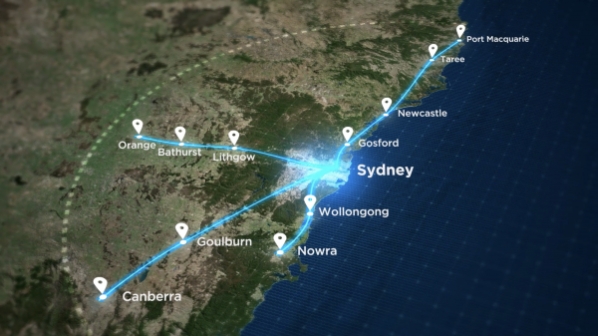 The government has identified four potential routes within 300km of Sydney, including:

Short term, the government is looking to upgrade existing lines and provide services of at least 200km/h. Long term, it plans to develop a high-speed network with dedicated alignments with speeds of more than 250km/h, which would reduce travel times by up to 75%.

The study will also look at potential funding models and smart staging to ensure the network provides value for money.

McNaughton is currently a strategic adviser to the HS2 project in Britain and chair of the International Union of Railways (UIC) inter-city and high-speed forum. He previously served as technical director at HS2, following eight years as chief engineer of British infrastructure manager Network Rail.

The NSW government says previous studies have looked at connecting Sydney, Brisbane, Canberra and Melbourne, but found tjat costs and required ticket prices would be too high compared with the likely demand. However, it says limited work has been done on connecting regional cities within the state, which the Fast Rail Network Strategy will examine.

For more information on high-speed rail projects around the world, subscribe to IRJ Pro.