New government to focus investment on conventional network instead of high-speed. 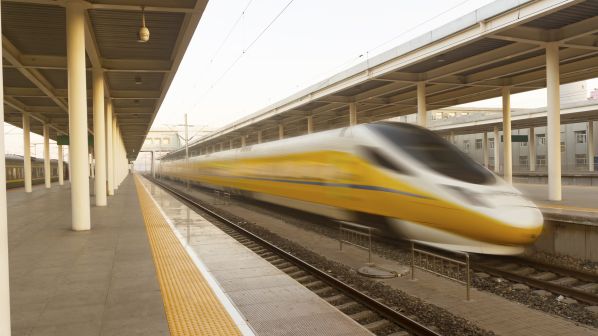 THE newly-formed Swedish government has announced it is redirecting resources and funding from the development of a high-speed network, instead concentrating on the maintenance and development of the conventional network with a particular focus on commuter traffic and freight.

The move comes following the September 2022 general election in Sweden, in which Mr Ulf Kristersson of the Moderate Party was appointed prime minister, after negotiating the Tidö Agreement with the Sweden Democrats, Christian Democrats and Liberals.

Infrastructure manager Trafikverket completed a study on the development of high-speed lines in the south of the country in 2021, proposing a Y-shaped network connecting Stockholm with Gothenburg and Malmo, with a design speed of 320km/h. The study estimated the cost of the network at SKr 295bn ($US 28.27bn), with a margin of error of SKr 50bn.

In a statement issued on December 23, the Ministry of Rural Affairs and Infrastructure said that the rail network was vital for the whole of Sweden to function, but maintenance had been lagging for many years, resulting in the need to refocus where investment is made. As well as the refurbishment of the existing network, the government is now prioritising better roads and more charging points for electric vehicles over investment in high-speed rail.

“The government wants the investment made in rail to primarily facilitate commuting and freight transport, as this promotes jobs and growth,” says minister for infrastructure and housing, Mr Andreas Carlson, of the Christian Democrats. “Our aim is for rail investment to be more cost-effective than if the original plan for new high-speed rail lines had been implemented.”

The government says investing in high-speed rail would mean that funding was unavailable for other necessary projects while spending on the conventional network and providing more tracks will make it easier for trains to travel faster in the future, even without high-speed lines. It says many investment projects on the existing network could also be implemented more quickly than the development of new high-speed lines.

The new government also criticised the outgoing government, saying it chose to push ahead with the high-speed rail project despite very high costs and a lack of control which were criticised by the National Audit Office.

The government has now given new directives to Trafikverket concerning the three high-speed routes already under development.

Work on completing the Järna - Linköping Eastern Link will continue according to plan, with Trafikverket to identify and implement cost-reduction measures without significantly delaying the project.

Planning work on the Gothenburg - Borås section has been paused, with Trafikverket instead instructed to improve commuter services and provide a high-capacity link to Landvetter in a more cost-effective manner, abandoning the aim to operate at over 250km/h but without delaying completion of the project.

The new directive includes a review of the current design, including the need for tunnels or whether there are measures on the existing line between Gothenburg and Borås that could be part of a more cost-effective solution.

Current planning work on the Hässleholm - Lund section will be stopped as soon as possible, with Trafikverket instead instructed to identify alternatives to achieve capacity improvements in the Skåne region in a much more cost-effective manner, and without a maximum speed above 250km/h.

This could primarily involve other measures on the Hässleholm - Lund route and elsewhere, such as work to prepare for increased traffic when the Fehmarn Belt rail tunnel between Denmark and Germany opens in around 2029.

No further planning will be carried out for the central sections of the high-speed network, running from Linköping via Jönköping to Borås or Hässleholm.