TURKISH State Railways (TCDD) has invited companies to prequalify by January 25 for a three-stage contract to supply a fleet of 96 250km/h trains with a gradual transfer of technology and production to Turkey. 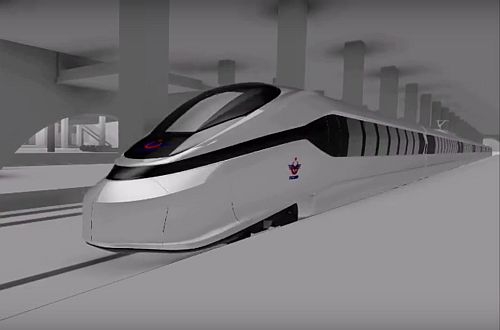 TCDD requires the first 20 trains to have 10% domestic content. The proportion of local content of the next batch of 60 trains will increase to 53% and production will transfer to Tülomsaş in Eskişehir. The final 16 trains will be designed in Turkey and will have a local content of 74%.

TCDD expects considerable savings by gradually transferring production to Turkey rather than importing the entire fleet. Under the terms of the contract, Turkey will have the right to export the Turkish-designed high-speed train.

“We have started the process related to our own national high-speed train,” says Turkey’s transport, maritime and communications minister, Mr Ahmet Arslan. “We are taking steps to become fully capable of raising the domestic content of the 96 trains step-by-step.”

The trains must be designed to meet the relevant European Technical Standard for Interoperability (TSI). They will have regenerative braking, an IGBT/IGCT control system, ac/ac drive, and will be equipped with ETCS levels 1 and 2.

Each train will have 470 seats, a 16-seat restaurant car and snack bar with eight seats. Space must be provided in each train for two wheelchairs.

Turkey is steadily expanding its existing Ankara - Polatli - Istanbul Pendik/Konya high-speed network. New lines are under construction from Ankara east to Sivas, and from Polatli to Afyonkarahisar, Uşak and Izmir.

The Ankara - Sivas project is due to be completed by the end of 2018. It will reduce the rail distance between the two cities from 603km to 405km and cut the journey time from 12 hours to 2 hours.

The Polatili - Izmir line will be 508km long and will have 43 tunnels with a total length of 35km and 56 viaducts totalling 22km. During an inspection of the project on November 12 Arslan said the Polatli - Uşak section will be completed by the end of 2019. A 2-hour journey time is envisaged between Ankara and Uşak, with a 1h 30min journey time from there to Izmir.