CHINA marked a decade of high-speed rail development on August 1, when celebrations were held to mark the 10th anniversary of the opening of the country’s first railway designed for operation at speeds of more than 250km/h. 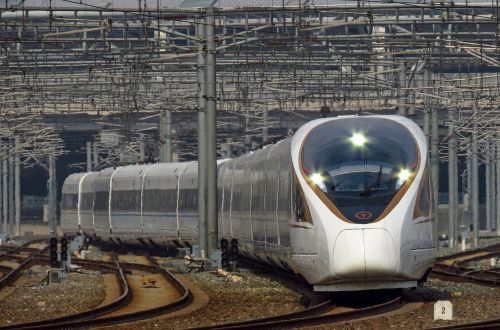 The opening of the 118km Beijing South - Tianjin high-speed line coincided with the 2008 Summer Olympics in Beijing and marked the start of a frenetic period of expansion, with the network reaching 25,000km by the end of 2017.

China Railway Corporation (CRC) said earlier this year that the high-speed network (defined by CRC as lines with an operating speed of at least 200km/h) is set to reach 38,000km by 2025, with more than 3500km due to open in 2018 alone (see table below). CRC says the network now carries more than four million passengers a day.

According to the International Union of Railways (UIC), China had 26,869km of high-speed lines in operation at the beginning of June - 64% of the global total - with a further 10,738km under construction.

IRJ Pro Project Monitor lists 28 lines currently under construction, representing an investment of more than Yuan 1.1 trillion ($US 160bn). All of these lines are due to open by the end of 2022.