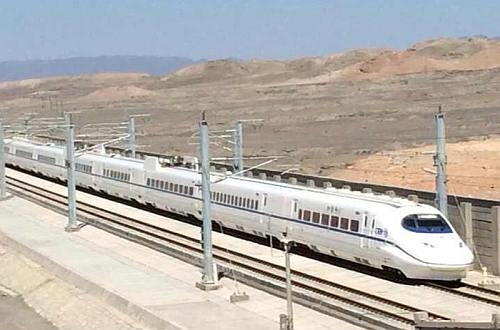 Initial tests have been carried out using a CRH2C train operating at speeds of between 160 and 277km/h. The line has a design speed of 250km/h.

The 1776km Urumqi – Lanzhou high-speed line is due to open at the end of this year and will reduce the journey time between the two cities from around 21 hours to eight hours.

The 31 station line crosses the Gobi desert and reaches a summit of 3607m above sea level in the Qilianshan No. 2 Tunnel, which was successfully bored through last month. To protect the line from high desert winds, 462km of screening has been installed along the route.