CONSTRUCTION of the first high-speed line in the Chinese autonomous region of Inner Mongolia on May 7, when high-speed testing commenced on part of the 286.8km line from Hohhot to Zhangjiakou in neighbouring Hebei province. 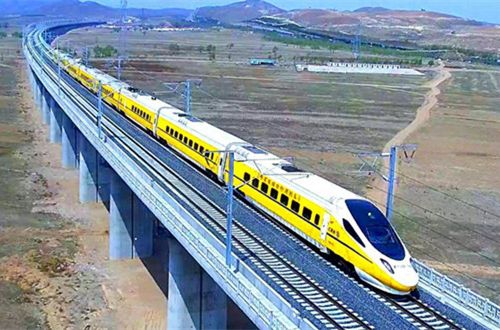 The test train reached speeds of 250-275km/h on the Hohhot - Ulanqab section of the line, which is due to open at the end of July. The remainder of the line to Zhangjiakou will be commissioned next year.

With the completion of the Zhangjiakou - Beijing high-speed line, Hohhot - Beijing journey times will be cut from around nine hours to less than three hours.

For detailed data on rail projects in China, subscribe to IRJ Pro.