California to release $US 4.2bn for high-speed project

WITH 450 days to go before the launch of commercial services, SNCF Voyages CEO Mrs Barbara Dalibard announced the timetable for TGV services on the Bretagne-Pays-de-la-Loire high-speed line on April 8. 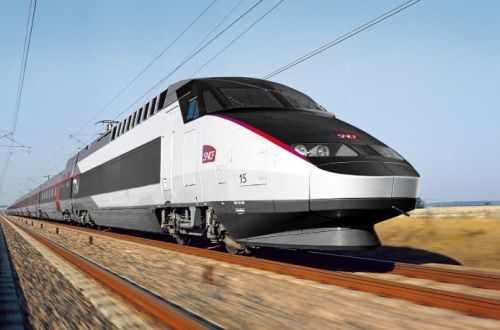 From July 2017, the fastest Paris Montparnasse - Rennes journey time will fall from 2h 4min to 1h 25min, with trains running at up to 320km/h on the new line from Le Mans to Rennes. Paris - St Malo will be reduced from 2h 56min to 2h14min, while the Paris - Brest journey time will be 3h 25min, compared with 4h 11min today.

Between Monday and Thursday the first TGV of the day will arrive in Paris at 07.47, 12 minutes earlier than at present, while the final service from Paris will depart from Montparnasse at 21.14. SNCF Voyages will operate 20 Paris - Rennes TGV services (currently 19 trains per day) and 21 Rennes - Paris services per day, representing an increase of one train per day in each direction between Monday and Thursday. There will be 12 non-stop services between Paris and Rennes and 11 non-stop Rennes - Paris trains, with two trains per hour at peak times.

Regional timetables in Pays-de-la-Loire and Brittany will be adjusted to optimise connections with TGV services.