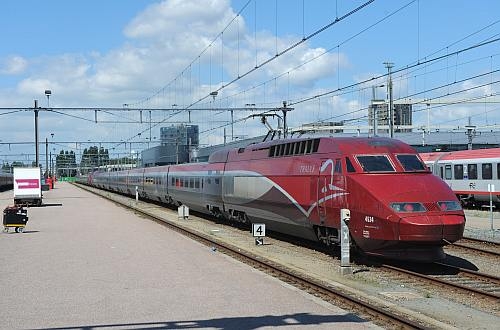 The northbound service has a journey time of 2h 36min, with an 11-minute call at Brussels South, while the southbound service reaches Lille in 2h 34min with an eight-minute stop in Brussels. The trains also serve Schiphol airport, Rotterdam Central, and Antwerp Central.

The new service has been launched as part of the framework for dealing with the collapse of the Fyra Dutch-Belgian cross border train services at the start of 2013. A third Amsterdam – Lille service will be added this December with the launch of the 2015 timetable.

The new service is effectively an extension of two existing Amsterdam Central – Brussels South workings, which were launched following the Fyra crisis to provide additional capacity on the route. Thalys is still the only high-speed operator serving the Amsterdam – Brussels corridor.