THALYS has unveiled plans to launch new low-fares services between Paris and Brussels next month in a bid to draw motorists travelling between the French and Belgian capitals away from their cars and onto high-speed trains. 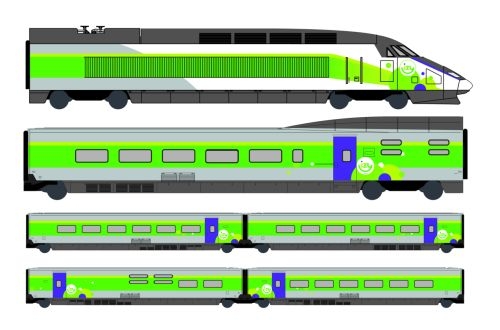 From April 3 Thalys will operate at least two services per day between Paris Nord and Brussels Midi under the Izy brand, with advance fares starting from €19. Two services will operate each way on Monday, Tuesday, Wednesday, Thursday and Saturday, with three return services on Fridays and Sundays, which will target the leisure market.

Thalys says it will minimise operating costs - and therefore fares - by simplifying onboard services, limiting ticket flexibility, digitising distribution and using the conventional network instead of high-speed lines. This is reflected in an average journey time of 2h 15min, considerably slower than existing Thalys services, which operate via the LGV Nord high-speed line and complete the 312km trip in around 1h 22min. However, Thalys says Izy will still be significantly quicker than driving - according to Mappy.be, the road journey between the two capitals typically takes up to 3h 30min, excluding time taken to find a parking space.

Tickets go on sale two months before departure and the maximum fare on Izy services will be €59 in Standard class and €69 in Standard XL accommodation, which will feature larger seats and at-seat power sockets. Izy will also offer €10 fares for children under 12 years of age and 10 tickets without a guaranteed seat will be sold on each train for €10. There will also be 25 folding seat tickets priced at €15. Distribution is 100% digital and all pre-travel customer services will be dealt with online.

Unlike Thalys' existing services, there will be no bar car or Wi-Fi and luggage will be limited to one larger case and one small item of hand luggage. "Extra luggage" provision follows the low-cost airline model, with a €10 charge for cases booked in advance and a €30 charge on the platform prior to departure.

All services will be operated by two multi-system TGV Réseau sets, which will carry Izy's green and purple livery.