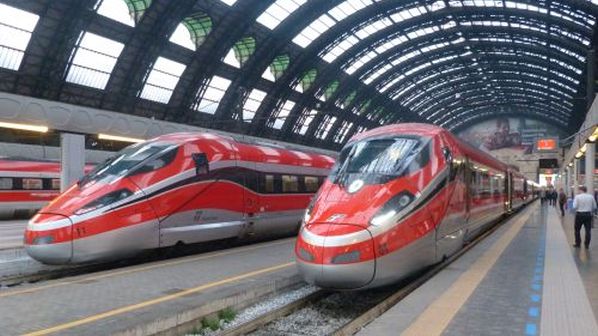 Thello plans to operate the service using Frecciarossa ETR 1000 trains. They will be equipped with French signalling equipment to enable them to operate on conventional lines as well as the Paris - Lyon high-speed line. If Thello gains approval it would be the first open-access operator to run trains on a French high-speed line.

The two-round trips would be faster than the current TGV service which operates three times per day. This is because the Italian trains would be able to operate on the Milan - Turin high-speed line whereas TGVs cannot as they are not fitted with ERTMS. A fastest journey time of 6h 45min is planned compared with a fastest time by TGV of 7h 9min.

As the service will start before the liberalisation of domestic passenger services under the Fourth Railway Package, which comes into force at the end of 2020, Arafer will assess the application to verify that the main purpose of the new service is to transport passengers between Italy and France. It will also assess whether the new service will jeopardise the economic equilibrium of a public service contract, which is unlikely.