TRACKLAYING is underway on the 253km Yerkoy - Sivas section of the 405km high-speed line under construction between the Turkish capital Ankara and Sivas in Anatolian province after a ground-breaking ceremony was held on March 25. 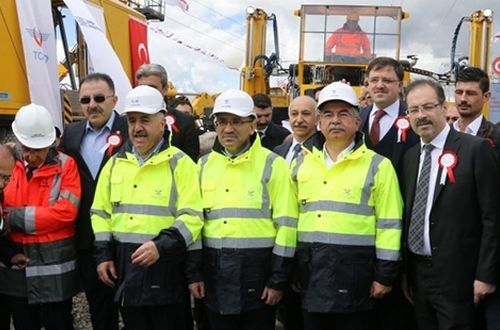 The project will also include the construction of 49 tunnels and is expected to cost Liras 9bn ($US 2.25bn), according to transport, maritime affairs and communication minister, Mr Ahmet Arslan, who attended the tracklaying ceremony along with deputy prime minister, Mr Bekir Bozdaĝ, education minister, Mr Ismet Yilmaz, and Yozgat governor, Mr Kemal Yurtnaç.

The new line will reduce journey times between Ankara and Sivas to two hours compared with 12 hours at present, and the government says expects it construction to conclude in 2019.