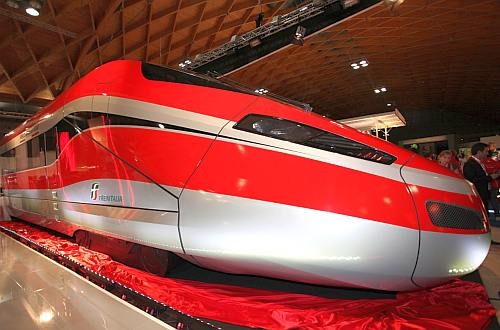 The event offered the first glimpse of the high-speed trains, 50 of which were ordered in August 2010 from a consortium of Bombardier and AnsaldoBreda in a deal worth €1.2bn.

The ETR 1000 is based on Bombardier's Zefiro platform, and represents the first order for the V300 variant. The eight-car trains will be capable of reaching 400km/h on 25kV ac lines, and will raise the commercial speed of Trenitalia's high-speed services to 360km/h.

The mock-up will be displayed at InnoTrans in Berlin on September 18-21.