The 371.6km Mujia - Jiamusi line is expected to be fully operational in September. 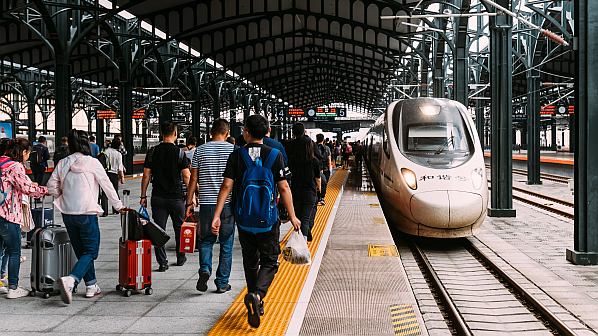 Trial operations have started on China's easternmost high-speed line. It will connect to other lines in the region including this line at Harbin.
Photo Credit: Shutterstock.

This is China’s easternmost high-speed line, and it’s expected to be fully operational at the end of September.

Construction on the line in the east of Heilongjiang began in November 2016, with tracklaying starting in November last year.

There are seven stations: Mudanjiang, Linkou South, Jixixi, Qitaihexi, Huanandong, Shuangyashanxi, and Jiamusi. All are brand new locations except for Jiamusi, which has been built outside the existing station.

During trial operation, there will be fault simulation tests and emergency drills. Diagram driving and operation will also be tested to check their adaptability under normal and abnormal situations, and also to verify if the planned timetable is achievable.

Before trial operation started, 294 test trains ran on the line carrying out debugging and tests. Using inspection trains and EMUs a total of 96,789km of inspections were carried out with the aim of debugging tracks, communication systems, signals, overhead catenary, power supplies and disaster monitoring.

For detailed data on high-speed projects in China and around the world, subscribe to IRJ Pro.