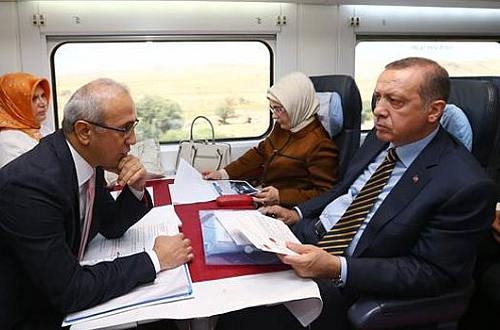 High-speed services will initially terminate at Pendik, a suburban station 25km east of Istanbul, with a journey time from Ankara of 3h 40min. All trains will stop at Eskişehir, with four serving Izmit as well. Services will later be extended to Söğütlüçeşme in Haydarpasa on the Asian side of Istanbul. High-speed trains will start running through the Bosporus tunnel to the European side of Istanbul next year, by which time the Ankara – Istanbul journey time will be reduced to 3 hours.

Turkish State Railways (TCDD) will initially operate six round trips a day using its fleet of 250km/h trains supplied by CAF, Spain. TCDD has also purchased a fleet of seven 300km/h eight-car Velaro trains from Siemens for operation on the route.

Ankara – Istanbul YHT high-speed trains will have four classes of accommodation: business plus, business, economy plus and economy, and TCDD plans to offer a range of discounted fares to encourage people to use the new service. Train services between Eskişehir and Istanbul were suspended during the construction of the high-speed, so TCDD will have to build the traffic from scratch. Nevertheless TCDD is looking to carry 7.5 million passengers a year and to gain a 78% market share.

The $US 4bn project has been completed in phases. The Ankara - Polatli – Eskişehir section opened in March 2009, followed by Polatli – Konya in August 2011. A through service from Konya to Eskişehir was introduced in 2013.