ALSTOM and Paris Transport Authority (RATP) have successfully completed an experiment concerning the autonomous stabling of a tram at RATP’s line T7 depot in Vitry-sur-Seine. 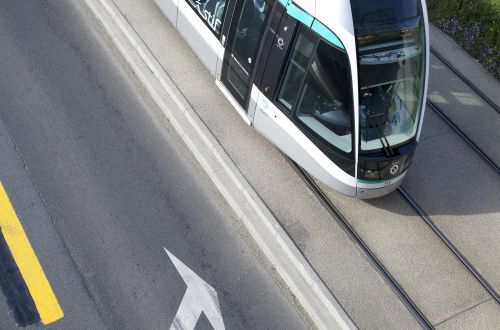 The project took six months to complete, including three at the Vitry-sur-Seine site. A phase of additional tests is due to be launched in the second half of 2017.

The tram detects obstacles and reacts by reducing speed through maximum service or emergency braking and is also capable of positioning itself on the site and recognising its stabling point.

Alstom says the results confirm the viability of using these technologies inside a depot: the tram moves autonomously, runs at the required speed in a straight line or curve, and stops at a stabling point.

“RATP is proud to participate in this first experiment concerning the autonomous stabling of a tram,” says Mrs Elisabeth Borne, CEO of RATP.

Borne visited the depot alongside the chairman and CEO of Alstrom, Mr Henri Poupart-Lafarge, to observe the performance of the solution.

“Automating the operations of the tram will allow a new approach to operations in the depot and I am delighted to see that the tests are already under way,” says Poupart-Lafarge.

To carry out the experiment, Alstom worked with Easymile, a French start-up, to co-operate with RATP on the development of an autonomous vehicle.